Stop by Booth SS121 for autographs and photos, and discover why MegaNatural grape seed extract is in a league of its own

Gaining a competitive advantage requires a commitment to excellence, whether you’re talking about sports or high-quality, natural ingredients such as Polyphenolics’ MegaNatural grape seed extract. Polyphenolics has recruited two elite athletes to showcase its sports nutrition excellence during SupplySide West, October 6-7 in Las Vegas. The company will also toast to its 20th anniversary during SupplySide West with the debut of a new logo for its flagship brand.

Stop by Booth SS121 to meet two-time Super Bowl winning quarterback and Heisman Trophy winner Jim Plunkett on Friday, October 7. Also in the booth on Thursday, October 6, will be former major league baseball player and current Brewers first base coach Garth Iorg. Both sports celebrities will be signing autographs and posing for photos. Be sure to enter the drawings for an autographed mini football helmet and an autographed major league baseball bat, each in its own display case.

“MegaNatural Gold and MegaNatural BP are part of the game plan for competitive athletes or weekend warriors,” explains James Kennedy, Polyphenolics President. “Both are rich in antioxidants and may reduce the free radicals produced by the oxidative stress our bodies experience during exercise. In addition, many athletes are seeking sports nutrition supplements that promote nitric oxide benefits. MegaNatural BP has been clinically shown to help support endothelial function by maintaining healthy nitric oxide levels within the normal range.”

Polyphenolics will also commemorate its 20th anniversary during SupplySide West with the debut of its new MegaNatural logo. The fresh, clean design clearly reflects the brand’s identity. “As a category leader, Polyphenolics is proud that our grape seed extracts are adulterant-free, relentlessly tested and traceable to the California vineyard where they were grown,” comments Kennedy.

Polyphenolics’ customers are invited to join company representatives and Iorg in a celebratory toast with Constellation Brands’ Ruffino Prosecco on the first day of SupplySide West.

Polyphenolics will also participate in the educational workshop, The Business of Sports Nutrition, taking place immediately after SupplySide West, October 8 from 8:30am to 11:30am “Polyphenolics is excited to discuss our clinically proven ingredients which offer numerous competitive advantages. MegaNatural grape seed extract has been successfully used in sports nutrition products for many years,” says Kennedy. 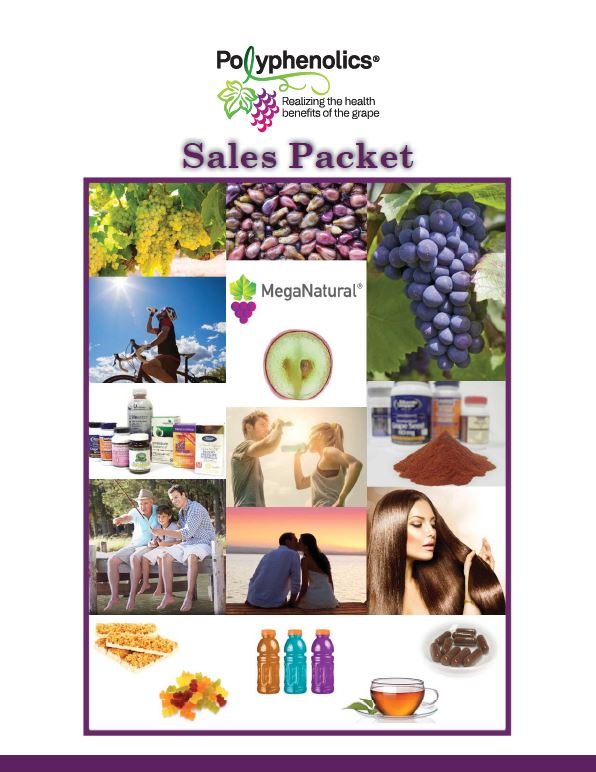